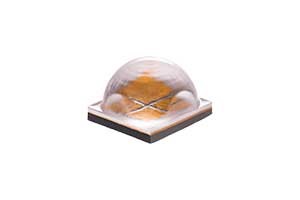 High lumen density LEDs are one of the latest technology developments to emerge aimed at reducing LED lighting system costs. In many cases the LED no longer constitutes the largest cost element of an overall system; however the characteristics of an LED can often be the determining factor in the performance and total system cost of an LED lighting product.

The following are our top tips for using high lumen density LEDs:

High lumen density LEDs enable the creation of small, super-bright luminaires that can save you some serious cash on materials. To realise their full potential it is of critical importance that you keep super close eye on the thermal design of the luminaire. Of particular significance are the solder joints, PCB material, thermal interface materials and heat sink which form the key elements of the thermal path between the LED and the ambient environment.

The photometric power of high lumen density LEDs is colossal. You must always follow eye safety recommendations and use appropriate protection when working with bare LEDs during product development. You need to be particularly wary of fire risk caused by the photometric power near to the LED emitter, dark coloured materials are dark for a reason; they are absorbing a huge fraction of the light – and therefore energy – coming from the LED!

The latest generation of LEDs can be operated at higher temperatures and still maintain an adequate lifetime, this is especially true for the cutting-edge high lumen density LEDs. Under these conditions it is important you evaluate the thermal expansion coefficients (CTE) of elements such as; the solder and PCB materials used within the end product, as mismatched CTE’s can lead to premature failure of the LED system.

So, you have experience working with LED components? Don’t start thinking that means you can avoid testing. The revolutionary nature of high lumen density LEDs means that in addition to outstanding performance you also get to tackle some new challenges. For example, the increased radiated power of high lumen density LED components means that you will most likely need to revisit chemical compatibility, as increased radiated energy creates a more aggressive environment that can bring about unwanted chemical changes.