‘Traditional’ monochrome Amber LEDs are made solely from compound semiconductors such as AlInGaP and emit a very narrow colour spectrum from the bare LED chip itself. White LEDs comprise a blue-emitting LED chip covered with phosphors which convert some blue light to green/yellow/red which in combination with the blue creates full-spectrum ‘white’ light. PC-Amber LEDs comprise a blue-emitting LED chip but with phosphors (PC) tuned to maximally convert (PC) the blue light to a broad colour spectrum amber, the blue light is mostly filtered out. 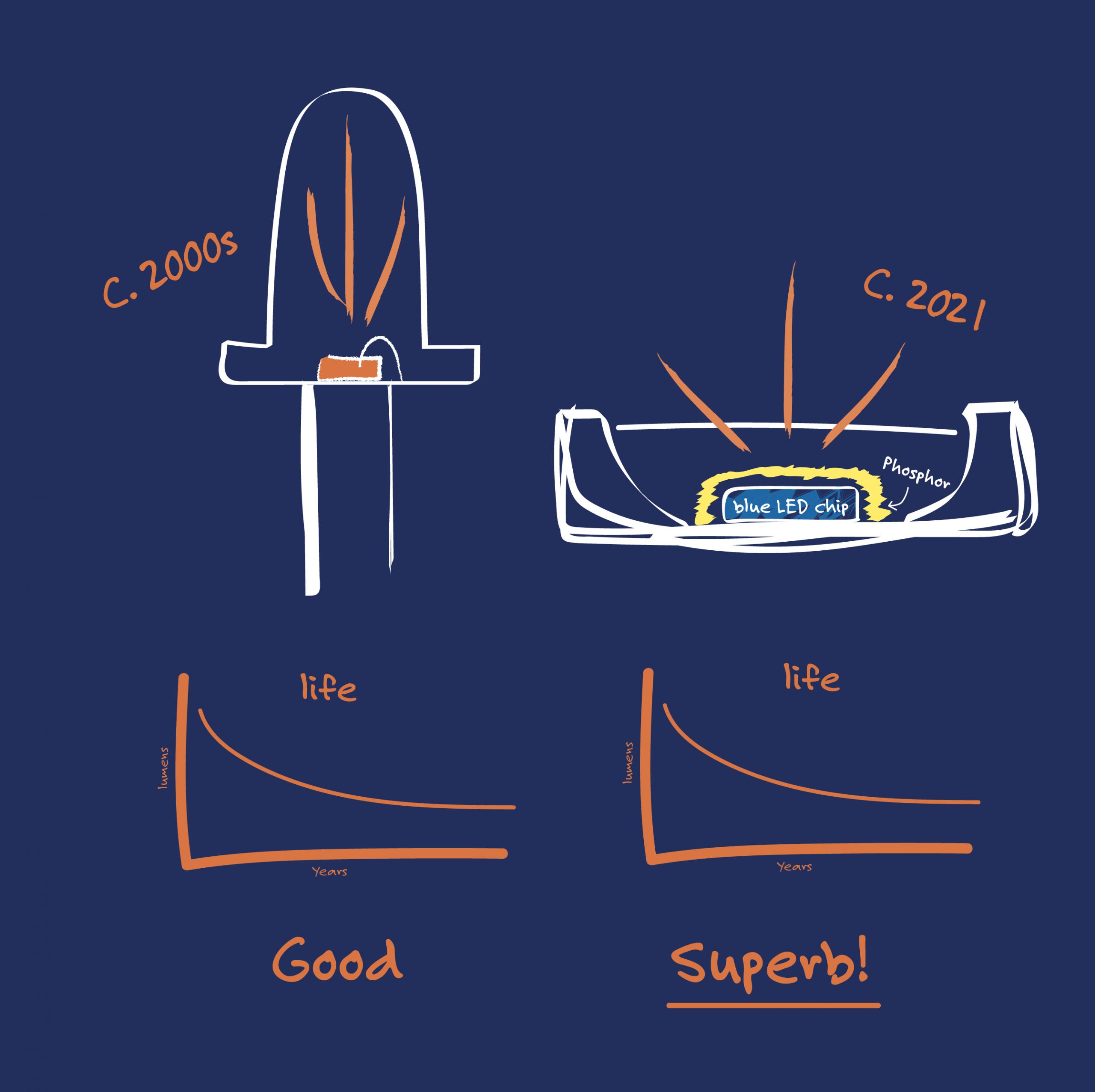 Low-mid power PC Amber LEDs are predominantly used in low duty cycle applications meaning there is a lack of life test data to support their use in high duty, long-life applications. Any life test data is limited and generally comprises 1000 hours (6wks) 'pass/fail' data. Sufficient if you're in the market for vehicle turn indicators. However, if you need a safe predictor of useful service life, in high duty applications you need LM-80-15 + TM-21-11 testing standards. Forge has conducted such tests on 3528 packages and the tests are very encouraging.