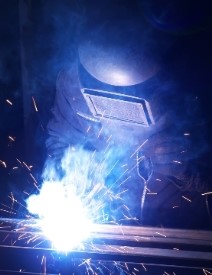 There’s a lot of talk about ‘Photo-Biological Safety’ in the LED lighting world these days.  Mainly because on 27 April 2010 the ‘Control of Artificial Optical Radiation at Work Regulations’ came into effect in UK law, enforcing light exposure limits in the workplace.

So what’s it all about?  A little Googling leads one fairly readily to an international standard:

For a mere £182 you can own a copy!  Unfortunately, however, this is where for many folk it all starts getting horribly complicated.  For this is no bedtime read.  It is 52 dense pages of physics, mathematics & biology – more like a PhD thesis than an International Standard!

So this overview aims to unravel some of the mystery of Photo-Biological Safety and its guardian standard, BS EN 62471.  It must be noted that this standard is also referenced in the EU Low Voltage Directive so must be considered when assessing products for electrical safety (products outside the LVD could be included via the General Product Safety Directive).

Let’s start at the end and look at the output of the standard.   This is fairly simple – categorisation of lamps and luminaires into ‘Risk Groups’ with associated ‘Exposure Limits’.  There are 4 Risk Groups defined:

The ‘Risk’ referred to is subdivided into the risk of physical harm arising from exposure to 8 different categories of light ranging from the Ultra Violet to the Infra-Red, each with associated maximum exposure times.  It is important to note that BS EN 62471 only defines these risk groups – it does not mandate any product labelling or such as is done eg by the Laser Safety standards.  So the standard is really only a metric for photo biological risk, rather than a control.

That’s the easy bit.  The challenge for the luminaire manufacturer is figuring out how to assess which Risk Group a lamp or luminaire is in – i.e. how to interpret and use the standard.  To cut a long story short, the answer is by means of a large number of optical measurements and a lot of mathematics!  In practice, it’s necessary to make full spectral photometric measurements of a sample lamp/luminaire.  Processing the measurement data can then be performed mechanically e.g. by spreadsheet or commercially available software.

In summary then, light sources that come under the Low Voltage Directive need to be assessed for photo biological safety – but no action is specifically required by the referenced standard.  And all luminaire and lamp manufacturers need to be aware of the implications of the Artificial Optical Radiation Directive as do employers in general.